Wonderful British author, Gayle Cranfield, joins me today to talk about her latest release, The Jasmine Tree, which I am definitely planning to read very soon - it looks really intriguing! First  of all, though, let's find out a little more about the lady herself... 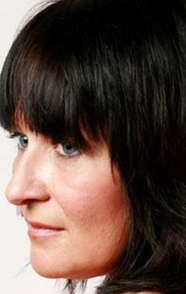 Gayle Cranfield was born in London and found her forever after, Mark at the age of 14.
After 29 years of being together, they have two children and now live in Wiltshire in the South West of England somewhere between Stonehenge and Bath. They have one child at University in Wales studying Psychology and another at the London College of Fashion studying Make up, Hair and Prosthetics for Performance (Training to become a sci-fi makeup artist for film and TV basically.)

Gayle was an Account Manager for a manufacturing company until 3 years ago when, after a weird shamanic experience in Brazil she changed her life path and retrained as a beauty therapist. She now owns a successful beauty salon in her home town.

Whilst on a road trip around California in 2013, she read some disastrous books and when she returned home decided to write one of her own. Having never creatively written a word since school, she picked up her iPad and hesitantly started to write in secret thinking she'd write a short story. Her most productive time of the day was as soon as her husband left for work at 6am and before her first beauty client was due at 9am and then in between appointments if she had a spare hour. Before she knew it, she had 20 chapters and 97000 words!

Gayle's sister and friend both called Debbie, read it and with a bit of re-writing Gayle had a manuscript ready to send out to publishers at the beginning of 2014, where Siren offered her a publishing contract in March 2014 for The Right Turn.

"It is great to see your work come alive," Gayle says. "Although you have had various Beta readers telling you it is a great story and a real page turner until a publishing company says 'Yes we want your work' you only think your friends are being nice and trying not to hurt your feelings. Seeing the front cover being emailed to me for approval with my brother-in-law's photo of Bath in the background, was when the reality hit me that this was actually happening and people other than my friends and clients were going to read it.

"The Jasmine Tree is my favourite book so far. I have grown as an author over the past year and although I love The Right Turn and The New Dawn, The Jasmine Tree is a much harder story with Michael and Lilly being strong people in their own right, but together they make the story come alive. I got the idea for The Jasmine Tree when I was in New Orleans in 2014. We went on a scandal tour where the tour guide told us about the Russian Mafia taking over the seedier side of life in New Orleans after Hurricane Katrina and how they import girls from Eastern Europe with the promise of a better life in the USA, but realistically they are drugged and, put to work in the strip clubs in Bourbon Street in the French Quarter. When they are hooked on heroin and are burnt out, the girls go missing. It intrigued me and I couldn't wait to get home and put pen to paper (or fingers to ipad). Ten weeks later The Jasmine Tree was ready to go to my Beta readers and the feed back I got from my four strong team was that this was the best book yet. I hope you like it as much as us." 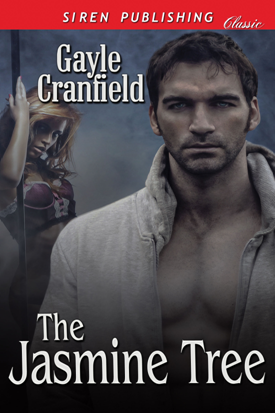 Michael Reynolds, ex Royal Marine and SBS (special forces) has been deep undercover in the Russian Mafia for two years. He hates his assignment, but because his mother was Russian, he was called upon to infiltrate the organisation by MI5. Now called Mikel, he has been tasked by his mafia bosses with finding girls in Eastern Europe who are to be put to work in the sex industry in New Orleans with the empty promise of a better life in the USA.

Mikel meets Lilly Summers in a Mafia owned club and starts a relationship with her, but soon backs away when he realises he is getting in too deep and doesn't want Lilly to get involved in his current life or to be dragged into the organisation he works in. But Lilly starts working for Mikel's Mafia boss andhis love for Lilly grows.

When Mikel is encouraged to go further undercover by his MI5 boss he finds himself in a battle between reality and the counterfeit life he has been leading, although when he finds out Lilly is not all she is supposed to be, that iswhere his troubles really start.
But Michael is troubled in other ways....what is in his nightmares and what is the significance of the large tattoo that covers his back?

Michael stood in front of his bathroom mirror, running his fingers through his hair.

When did he stop recognising his reflection? Apart from having a quick shave every other day, he hadn't really studied himself for a while. His forty-one year old weary, blue eyes looked back at him as he dragged his cheeks down and moved nearer to the mirror for a closer inspection.

The lines that were appearing around his eyes seemed to be getting deeper by the day. Dragging his fingers through his hair once again, he could just see the beginnings of grey coming through the dark brown. Where had that come from? He wondered if he could pull off the George Clooney look a few years down the line but decided he had a harder life than Mr Clooney so probably not. "I'm getting too old for this shit!" he said to himself in the mirror. "And talking to yourself Mikey-boy? That's not going to go down well at your next psyche-eval is it?"

Walking back into the main room of his pokey bedsit, he sat down on the edge of his bed and put his head in his hands and massaged his aching skull with his large callused fingers. God he missed being himself, he was tired of his counterfeit life, he just wanted to climb to the highest point in London and shout, "I am Michael Reynolds!"

He got off the bed and knelt on the hard wooden floorboards and picked up his mattress. Stretching deep into the middle of the underside, he reached and felt for the cut he had made in the soft furnishing and pulled out the envelope he was fishing for. Sitting back down on the floor he opened the flap and carefully laid the three photographs out in front of him.

Thank you so much for being my guest today, Gayle, I can't wait to get stuck into this book!

Thanks also to all my readers for stopping by today. If you have any questions or comments for Gayle feel free to leave them in the comments box below - I'm sure she would love to hear from you. I hope you can join me again real soon.  Take care,