Menage on its way...

Menage of the Siren by Bella Settarra

Farris’s fight to keep the ménage together seems doomed when Dr. Jay has to fight for his future while Ademia is fighting for her life…

Ademia loves Farris and Dr. Jay as much as they love her, though neither will admit it. 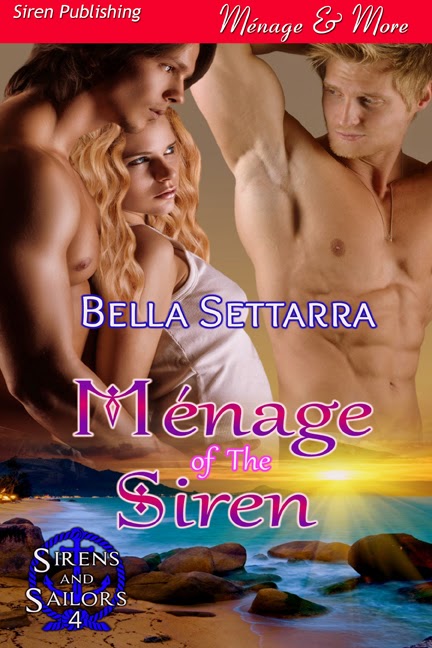 When Farris breaks his promise and both men seemingly abandon her on the mainland with no way to get home, she feels she was wrong about them.  Ill and alone, she reluctantly finds herself in the arms of Palben, a man she considered a friend.  When it transpires that Palben believes she is a prostitute, and aims to make money from her, she realizes her life is in serious danger.

Jay is arrested and locked up after his alleged sexual assault on a nurse who is intent on discrediting him and ruining his career and his life.

Farris resolves to find Ademia and free the doctor in order to cement his ‘family’ together.

But can Farris keep them all together when Ademia is later taken critically ill on Refrainia while he and Dr. Jay are miles away on Eastland, fighting for Jay’s future?

Let me know what you think!