Welcome to Friday on my blog.  Today I am joined by a brilliant author, E.a. Reynolds.  Let's find out a bit about her;


She says:  I am a Southern raised city girl with a love for reading, listening to music and cooking. I enjoy spending time with my family and friends especially when it’s an evening in. When I’m not writing, reading or hanging out with family I’m researching extreme psychic skills for my books.

Getting to know you

Q.  What is your favourite food?
A.  I don’t really have a favourite food, but I’d have to say something like burgers or baked chicken with lemon pepper green beans.

Q.  Who would be your perfect hero/heroine?
A.  My perfect hero? I love Criminal Minds so I’d say Morgan or Hotch.

Q.  Sum yourself up in three words.
A.  Amusing. Grouchy. Good listener.

Q.  Do you have any hobbies (excluding writing)?
A.  My hobbies are attempting to draw, photography, and people watching.

Q.  What sort of music do you prefer?
A.  I’m a mixed tape kind of girl. Classical, R&B, rock, and country.

Q.  How many books have you written?
A.  I have written seventeen books.
(Crikey - that's quite an achievement! - B.)

Q.  What are you working on at the moment?
A.  I’m working drying my tears since I lost every word of work in progress called A Panther’s Bite Sunday, but the reconstruction is coming along painfully slow.
(Gosh that's awful!  It must be every author's worst nightmare! - B.)

Q.  What length do you prefer to write your novels?
A.  I like to write novels that are at least 30,000 words. 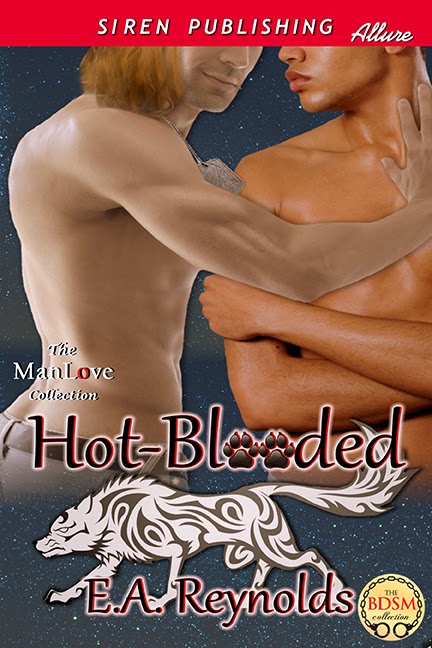 A company transfer takes successful architect Cree Bailey back home where his family still thinks he’s straight and his father expects him to pick up where he left off with his high school sweetheart. But a chance encounter with Dawg Reese forces Cree to realize he can’t continue to live in the closet.
Dawg, a successful real estate agent is an openly gay man who goes after what he wants and Cree is exactly what he wants. Dawg understands the situation Cree’s in and is willing to keep their relationship a secret.
Cree knows not only will he not make partner if his conservative boss finds out he’s gay, but he’ll lose his job. On top of that, his father will turn his back him and lose all respect for him. So, Cree breaks up with Dawg to preserve his career. However, his heart isn’t prepared to lose the one true love it’s ever known.

By the time he finished the paperwork, it was time to head to Cree’s office. On the way, Dawg reminded himself a million times that Cree was off-limits. He couldn’t pursue him, not matter how badly he wanted him. And he didn’t just want the sexy, ginger-haired man in his bed.
He wanted to get to know him because, hell—he was already captivated by him, his smile, the way he looked at Dawg, and the way he tried to resist the pull between them. He could easily fall in love with Cree in a matter of days even though he’d never fallen so quickly for anyone.
Things would be complicated since Cree was afraid his family would find out, and that would apparently lead to something disastrous. He didn’t see how Cree’s family could just turn their backs on him. Anniston appeared to love her little brother. He was willing to bet she’d be repulsed, but she’d never turn her back on him.
As he stepped into Bush’s Designs, he was ready to face the object of his desire without so much as making a pass at him. He didn’t want to destroy anyone’s life over hormones. He and Cree were grown men. They could work together without anything happening between them, he assured himself as he stared around the spacious and very empty waiting room. He glanced around, searching for a directory to tell him where to locate Cree’s office.
“Dawson.”
He turned to his left and spotted Cree in the middle of the waiting room in his black suit and crisp white shirt, looking every bit the sexy man he was. His ginger hair fell around his oval face, kissing his strong jaw. The black tie had been loosened a little, as if he’d been relieved to finally see the day wind down.
Dawson gave Cree a smile as he strode across the carpeted floor noticing an abstract watercolor on the wall that made him wonder whose idea it had been to infuse zero personality into the waiting room.
This was where Bush’s architects should have been trying to assert themselves.
“Hey, Cree. Whatcha got for me?”
Cree gave him a smile. “Let’s go to my office, and I’ll show you.” Moments later, they stepped into a small office with a window just right of the desk, situated off-center in the room that contained the same ugly, brown carpet that started at the building’s entrance. “Have a seat.” Cree motioned to a brown cushioned chair facing his desk. “Busy day?”
Dawg shrugged. “I’m a little tired,” he answered. “Been on my feet most of day. What about you?”
“I’m a little tense, but nothing a beer wouldn’t fix,” he said with a nervous smile.
“Massage works better,” Dawg said with a slow smile.
Cree shook his head giving him a grin. “I’m not touching that. I see all kinds of mixed meanings.”
Dawg laughed and Cree held his tablet out to him. “These are in keeping with the current style of your apartments,” Cree told him as he sat back in his chair.
Dawg looked at the designs. “The designs are fantastic. I like the second one best.”
“Once you buy the land, I’ll be able to tell you how many three-bed, two-and-a-half-bath units the space will support.”
“It’ll be a couple of days,” he said.
“Okay, well, let me know. I’ll give you my direct line.”
Dawg nodded slowly as he studied him. “How many accounts are you working on?”
“One,” he said.
Dawg got up and held the tablet out to him.
Cree looked up at him as he took it. “Once I get things going with your account, Bush has a few others coming up that he wants me to work on. He’s bidding for some city contracts, and he thinks I’d be a great fit if he gets the bid.”
“That would be good exposure for you and more business for him,” Dawson said and moved to the window to push the bamboo shade aside and peek out into the parking lot that was just about empty, as the daylight began to grudgingly give way to the pink-and-purple-streaked sky of dusk.
Cree turned in his chair at the same moment that Dawg turned back to him. “You want my card, or you want to program my number into your phone?”
Dawg released the shade, giving it permission to fall neatly back into place as he leaned against the wall next to it. He removed his phone and Cree rattled off his office number. “I know we both agreed this can’t happen because I’m a complication you don’t need. But I can’t stop thinking about you.” He looked up from his phone and snared Cree’s jade gaze.
“I—”
“Yeah, I know,” Dawg broke in with a grimace as he held up his hand. “I don’t want to jeopardize a good professional relationship or ruin things for you with your family.” He pushed his phone into its holster at his belt loop. “I gotta get out of here. I’ll give you a call when we’re ready for you.”
“I’ve been thinking about you too,” Cree said just as Dawg started for the door.
He stopped in the room, quiet with surprised silence.
Dawg slowly turned to face him with curious eyes. His breath was stalled as he hoped…”What about me?” he finally asked, pushing his hands into the pockets of his slacks.
He pushed his chair back and got to his feet. “I don’t want to want you like this—it’s like I’m on fire for you and the more I try to deny it, the hotter the flames get.”

Wow - looks great!  Thank you so much to my guest, E.a. Reynolds for joining me today, it's been lovely having you over.

I'm off to 'Smut by the Sea' (smutbythesea.co.uk) this weekend, where I will be reading from Last of the Sirens, which is the first book in my Sirens and Sailors series.  Please stop by to say hello if you are anywhere near Scarborough.  For those not able to attend the event I'll be chatting about it on Bella's World here on Monday.  Until then I hope you have a great weekend and enjoy whatever you are reading and/or writing.