My Smutty Weekend – and a Dream Come True!


It’s hard to believe that a year ago I attended Smut By the Sea (smutbythesea.co.uk)  in Scarborough on the off-chance of picking up a few tips on writing, and this year I was actually on stage reading from my first book!  I say first book as it is actually the first of six books which I have had accepted for publication since last year, with the first five already available as e-books and the first and second also in printed form.

I was very excited as   I made the four-hour journey ‘up north’, knowing that I was going to meet some of the friends I had met there last year; Jennifer Denys, Victoria Blisse, Lucy Felthouse, KD Grace, Anna Sky, Janine Ashbless, some of whom I managed to catch up with again last March at Eroticon in Bristol.  I was also fortunate enough to meet some new friends, including authors Kay Jaybee, Tilly Hunter and Charlotte Howard.

This year’s event held some fascinating and informative writer’s workshops as well as an inclusive lunch, stalls, tombola and, of course, the afternoon’s Reading Slams. 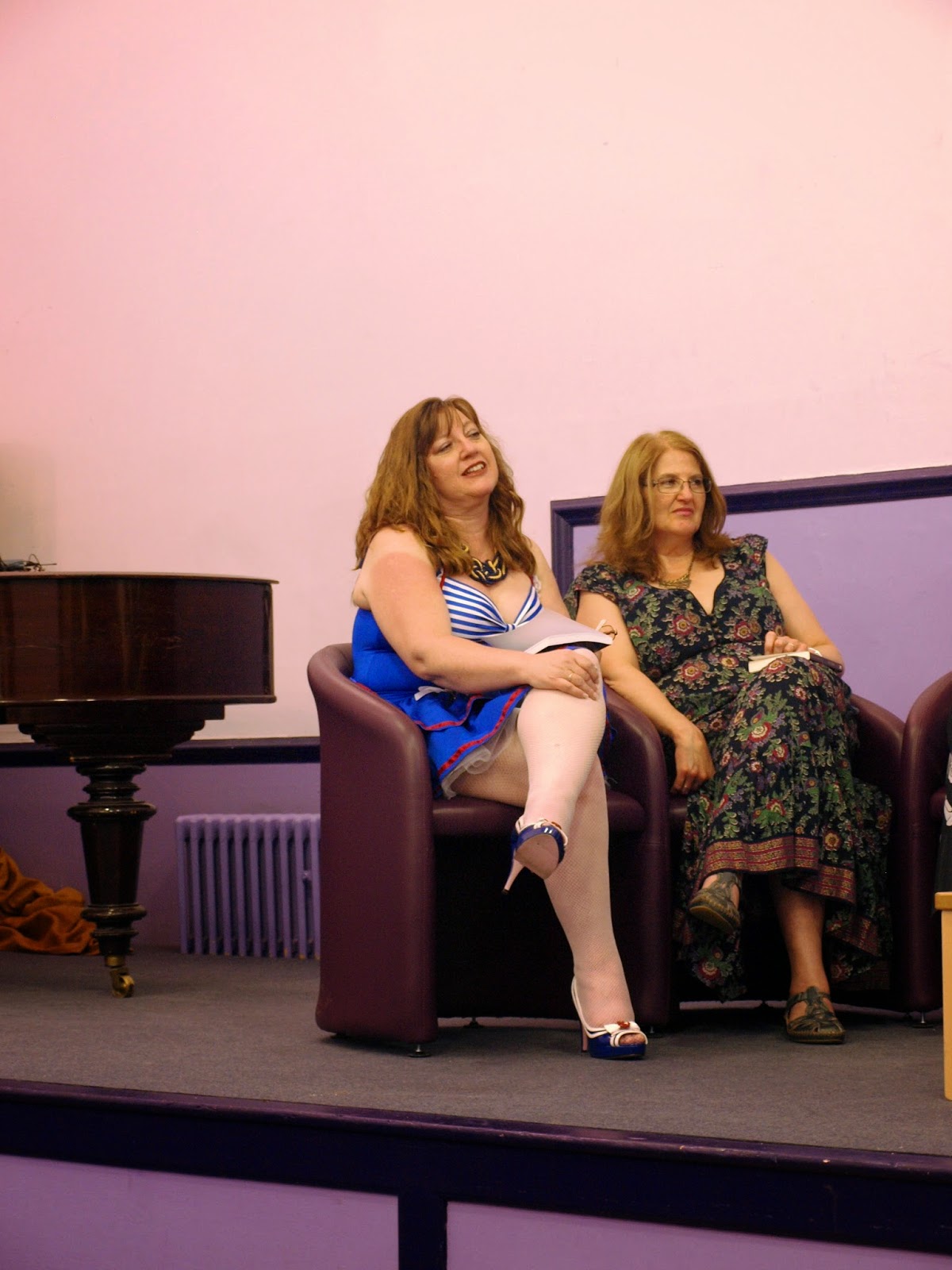 Last year as I had sat in the audience, completely in awe of these wonderful authors who not only penned some brilliant books, but were also confident enough to stand on stage reading their work to us, I never imagined that this year I would actually be joining them with my very own book!  It was a privilege and an honour to sit with my idols (I was actually sat next to KD Grace!!!) and read for them as well as the whole audience.  To say it was nerve-wracking would be a gross understatement – especially with the beautiful Kay Jaybee standing by with a stop-watch and a paddle, ready to whack any of us who ran over our allotted time – but the atmosphere was electric and I had such a wonderful feeling of achievement afterward that I just had to agree that it was well worth it.

Being a published writer has always been my dream, and it was while recovering from a near-fatal operation last March that I promised myself that, not only would I make a full recovery, but that I would also live to realize my dream.  Here I am, another year on, with six books under my belt and another two being edited, and being four years into my remission for breast cancer, I think I can safely say that I am now living the dream!

I have also just received the cover for my latest novel, 'Sacrifices of the Siren', which is the sixth and final (I think) of my Sirens and Sailors series - what do you think?

Join me again on Wednesday for the continuation of my series Writing; The Alphabet where we are on 'B' for Bondage.  Until then have a great week and enjoy whatever you are reading and/or writing.