Today my guest is a little different from the romance authors I usually interview for my blog.  This guy is tough, gritty, controversial and tells it how it is.  Please meet Willie Scott. 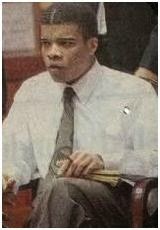 In his own words:


Bio:        "Born Willie Earl Scott in 1980 on the Allied side of the Berlin Wall and raised in the American South, I was the bastard child of a drug-addicted whore and an absent drunk of a father never known.  Raised by heartless streets and the penitentiary beast, must say I’m still alive today."

Let's find out a little more:

• What is your favorite food?
Pizza
• Where would be your favorite holiday destination?
Seychelles, a tiny chain of islands off the coast of southeast Africa, where they have beautiful sex and non-extradition.
• Satin or lace underwear?
Satin
• Who would be your perfect hero/heroine?
I would say Scarlett O’hara from Gone with the Wind
• Sum yourself up in three words.
god, Gangsta’, and a Gentleman
• What is your favorite colour?
Red
• What are your aspirations?
To save the world someday
• Do you have any hobbies (excluding writing)?
Reading and watching news under the influence.
• What sort of music do you prefer?
Alternative Rock and Old school R&B

• For how long have you been a published writer?
I was signed to Editions du Seuil in 2005 by famed editor Herve Hamon, who authored some twenty bestsellers (for du Seuil) and literally ran the place before he was practically forced out the following year.  That same year, they hired another new guy (their third), Davis Jeambar, or Dennis Jeamber, or something like that, and he was adamantly opposed to releasing a major debut novel originally written for an English-speaking audience (the French hate our language for some reason) and by a scandalous 26-year-old street kid from the states.
So in December of ’06, the company cancelled my contract (fuck you very much Dennis Jeambar!) and returned my book to me. Surprisingly they let me keep the $4,000 advance though, which to them was only a little over $2,000 in euros, but still- Merry Christmas!
That year I begin writing work for other more accomplished writers and selling under pen names.  I do okay.
The novels I want you guys to cop and read is “Heaven and Hell on Earth” and  “Candles Under the  Crescent" me as Willie Earl Scott and available at the Kindle Bookstore.  “Candles Under the Crescent” is a taboo erotic thriller that’s been harshly edited to please Amazon but is still too taboo for some. “Heaven and Hell on Earth” is one of those forbidden philosensational epic tomes that will probably get me killed, shot or stabbed to death by a faceless villain offended by something or another I wrote.
• How many books have you written?
12
• What kind of books do you like to read/who is your favorite author?
The classic and the greats
I have more than one favorite author: Earl Thompson, Sidney Sheldon, Donald Goines, and Jean Genet
• Sum up your writing in three words.
Taboo, controversial, and sensational
• If you didn’t write erotic fiction, what other genre do you think you would
write?
Dark fantasy/Science Fiction
• What length do you prefer to write your novels?
Full length 80,000 – 150,000 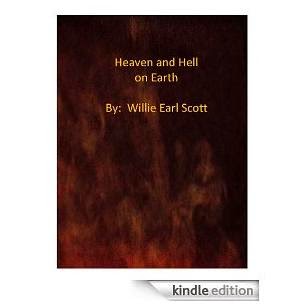 Heaven and Hell on Earth, an intellectually gritty tome in the vein of Dan Brown and Donald Goines, is a dark genre-blending thriller of approximately 120,000 words that mixes street, taboo erotica and crime fiction with black history, urban theology and sociopolitics.
A pair coming of age characters, Gabriel and Lucifer are twin phenoms separated at birth and raised in totally different circumstances. Good one. Evil the other.
Gabriel Goodwyn is brought up a saintly child of sorts, having been not just abandoned on the doorstep of a historic Philadelphia church but found and begotten an only son by a prominent northeastern couple with direct lineage to Old Society Europe. Brilliant to the point of being manifested prophecy, Gabe’s mission is one to do with poverty and the poor, from Detroit to Dakar to Darfur. But he’s an unlikely savior, plenty young and human, challenging the ancient conspiracies of his own affiliation as well as the unsolved mysteries of the day, threatened by personal scandal – and public assassination.
Lucifer, the spiteful survivor of a house fire that sparked the redhead’s legend in the first place, is the cold clever lieutenant of a notorious underworld crime posse. In a ghetto sphere stretching from Miami to New Orleans and brimming with some of the most colorful characters as well as those not uncommon in urban lit – Jamaican druglords, fiends, bangers, block-huggers, immigrant terribles, etc. – the diabolic street chieftain otherwise known as Lucy is relentlessly pursued by a pair of hard-boiled Birmingham detectives, one a seasoned yet washed-up drinker with demons of his own, the other a street-wise young local made good, both with motives for this one no less personal than they are emotional.
http://www.amazon.ca/Heaven-Hell-Earth-Willie-Scott-ebook/dp/B00JBS8NBA 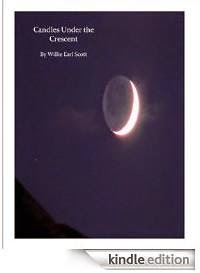 An underground bestseller in the underworlds of The Middle East, The Americas and throughout Europe, Candles Under the Crescent is an epic account of warrior love and lost generation – oppressed Iran in the 21st Century.

The first in a landmark trilogy, it is the shockingly dark and gripping tale of Oxford grad and royal heir Kamram Khan, who after the assassination of this insurrectionary father, returns home to taboo romance, traitorous relatives and all out tyranny by the Republic.
A row in deathly sexy blockbusters written by a sexy former blockhugger now on death row, Candles Under the Crescent is an otherwise lusty flame of literary art that burns raw, earthy, and joyously obscene in painting the sensuous and seamy side of a motley social milieu.

Thank you, Willie, for being my guest today.

Please join me on Monday to find out what's been going on in Bella's World, and then on Wednesday Jennifer Denys will be talking about Bondage for my Writng; The Alphabet series. Until then have a great weekend and enjoy whatever you are reading and/or writing.