My guest today on Meet the Author is Skye Michaels.  Let’s learn all about her and her writing… 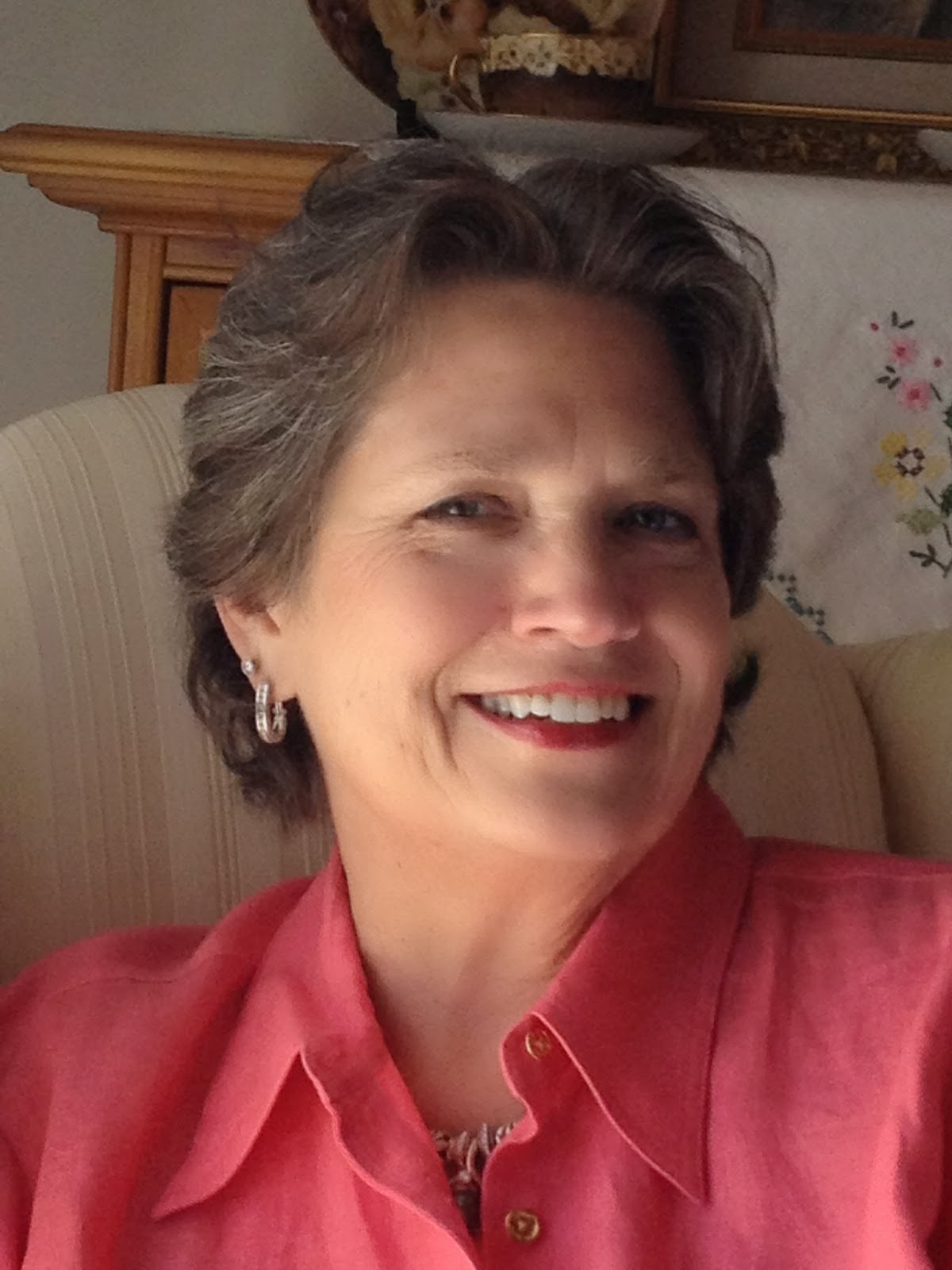 Q: When did you start writing and why?
A:  I had started a romance novel over 20 years ago while I was still working.  Unfortunately both my parents got sick and I had to take care of them.  After they died, I just lost the umphh and put it aside.  Then I had lost my commercial real estate paralegal job of 18 years (we all know how that market has been), and I was working some temp jobs in which is a long commute from .  I started taking the express bus to downtown and my daughter bought me a Kindle.  Wow!  Who knew!  I read a ton of the spicy books and loved them.  Then I said, “I can do this!”  I read some more of them.  What do they say, what words do they use, how far do they go?  Pretty darn far!  So I started Calleigh’s Collar which I finished the first draft of in 17 days.  Granted it was only 22,000 words, which is short by my current standards.  It’s a learning process, and my books got better and longer as I went along.  I have to say that the editors at Siren Publishing have taught me a lot!  I had no idea what Point of View and Head Hopping was?   I eventually finished that first book, The Appearance of Impropriety, when I was between books, and it came out last year.  It does not share the BDSM theme of the other series as it just didn’t seem to fit these people.  I love how it turned out.  Of course after all that time I needed to do major updating as so many things have changed in 20 years.  It was like opening a time capsule.

Q: What time of day do you do your best work?
A:  I’m definitely a morning person, though I have been known to write late into the night occasionally.  Usually I wake up very early and sometimes go right to the computer, especially if I have a scene or some dialog running around in my head when I wake up.  I always keep a note pad and pen next to my bed.  If I wake up with something good on my mind I write it down immediately because if will be gone in moments and then I walk around all day trying to remember what it was!

Q: Do you like it when a reader takes the time to contact you?
A:  I  love to hear from readers—what they like, what they don’t and if I’ve gotten it right for them.    Not all comments have been favorable and people have a right to their own opinion, but I would rather hear constructive criticism than unpleasant rants.   You can’t please everyone.  But sometimes people will surprise you, and someone you didn’t think would like your work just LOVES it, and someone you expected to love it, will say, “Sorry, but I just don’t read that kind of thing.”  I was floored (this was one of my closest friends).  I wanted to answer back, “So what do you read?  Shakespeare?”

Q: Tell me something  your readers might not  know about you.
A: I try really hard to craft a story that my readers (and frankly I) will enjoy.  I write erotic romance or “Romantica”, or love stories that don’t end at the bedroom or dungeon door.  But all the sex in the world won’t make a book if you don’t have a good story.  Yes, I like a lot of hot sex but it has to advance the story line.   I have to like the characters and the story first.  If I’m not in love with my hero how can I expect a reader to love him?  My current crush is Miguel Juan Carlos Gatto-Alba, the State’s Attorney in Gabriella’s Prosecution, Book 3 of The Black Iris Club series.  Miguel is very intense and sexy.  He’s a sadist from an old and respected family that came to in the 1600’s, and all the men in the family have been sadists down the line.  It’s an interesting concept – how sexual trends run in families.

Q: Where do your ideas come from?
A:  I have no idea!  I wish I knew so I could bottle it.  They just come to me.  Usually, I get the characters in my head first and then just a glimmer of an idea of their story.  I may see a picture of a beautiful couple in a magazine and it sparks and idea.  But all of my characters are not perfect.  They all have some type of demon to overcome, whether emotional or physical.  The girls are not ’s Secret models, although the men are all rich and handsome.  This is romantic fiction guys!  If we wanted real life, we could just look around us.  I think we all want to escape the daily grind for a while when we pick up a book.

Q: What the hardest part of writing a book for you?
A:   Getting started.  You have to just sit down and start.  If it has always been your dream, don’t waste another day.  As the saying goes, “Just Do It.”  The first draft doesn’t have to be perfect.  Get something on paper.  Also, promotion and marketing are hard.  It’s hard to get your name out there when you are a newbie!


Q: Were you  embarrassed to tell friends and family what type of books you write?
A:  I was a little embarrassed when I first started out, but now I tell anyone who will listen that I write naughty books similar to Fifty Shades of Gray.   Whether you liked that book or not, E.L. James has opened a lot of doors for the rest of us.  Wish I was her.   If I was, the butler would be bringing me my coffee right now instead if me having to get up and go into the kitchen because I hear it has stopped dripping!  The title of the first book that was published, Calleigh’s Collar, was right out there.   If I don’t know how someone will react I just say I write romance novels and leave it at that.  I have to say that most people get all excited when I say I write erotic romance and want the details.

Q: What is the hardest part of writing for you?
A:  It’s embarrassing to say, but none of it is hard.  Sometimes I get a slump in the middle of a story because I don’t know where I want to go with it.  Then I just take a little break for a few days and it works itself out in my mind, or I frequently discuss it with my daughter or sister/best friend who is also my first editor/beta reader.   They both always have good ideas.


Q: Who is your favorite heroine?
A:  I love them all.  My heroines are all hard working professional women with lives of their own.  Although I am writing about Dominant/submissive situations, none of my girls are downtrodden or lack spunk.  I particularly love Anne Sutton in Anne’s Courage.  She had breast cancer (as did I), and her fiancé bugged out on her after her surgery.  She had closed off the romantic side of her life because she hated her scars.  Enter Jamie Devereau!


Q: Who is your favorite hero?
A:  That is hard because I love all of them!  But it has to be bad boy billionaire, Jamie Devereau, from Anne’s Courage.  He wanted her, he was going to have her, and that was that.  No scars were going to get in his way.


Q: Who's your favorite author?
A:   Mainstream, Nora Roberts and Janet Evanovich.   I LOVE the Bride Quartet and I love all of the Stephanie Plum novels.  They make me laugh.  In Erotica, I love Cooper McKenzie and Jan Bowles as well as several others.  I have to say those two were my main inspiration when I was considering whether I could do this or not.

Q: What is your favorite title?
A:  Of my own work, Violette’s Vibrato, Book 3 of the Golden Dolphin Series.  It has a ring.  Violette is the first violinist of the New York Philharmonic Orchestra.   A jealous competitor, the Russian mob and twin jewel thieves cause some serious problems on a cruise to for Carnaval.   I just love being able to take a reader some place she may not have had an opportunity to go – a polo match at the Palm Beach Polo Club or an international Dressage competition (The Appearance of Impropriety),  a cruise to Rio or a performance at Lincoln Center (Violette’s Vibrato), Alaska (Pandora’s Box) or a sacrificial Mayan cenote in the Guatemalan jungle (Hannalore’s Treasure).  While my books are not intended to be travelogs or tutorials on how to run a yacht, I want my readers to feel like they have been there.

Q: Which of your own releases was your particular favorite?
A:  I loved all six of the LeClub series which was my first, but as I said they got better and longer as I learned the craft.   Taken together they would be one long book   The last two of that series, Madison’s  Choice and Belinda’s Crown, about the Kentucky Derby and the Triple Crown, are my favorites in that group.  I just LOVE Rockstar, the racehorse, and as the song says, “My horse naturally won!”
In the second Golden Dolphin Series, again I love them all.   Book 4, Cassandra’s Revenge, is about a woman who runs into her old boyfriend who stood her up for Prom fifteen years ago.  He doesn’t recognize her, but she sure recognizes him.   Who among us hasn’t had our little hearts broken at one time or another and longed for revenge?
I also love the four books of The Black Iris Club series set in my hometown of .  It was fun to write about stories set in my own backyard.  The stories center around four girlfriends who are either cops of attorneys and the Doms the come to love.

Q: How do you handle a writer's block?
A:  I try to get out of the house – go shopping – take my grandsons to the pool or the zoo.  Sometimes you have to get away from it for a while. 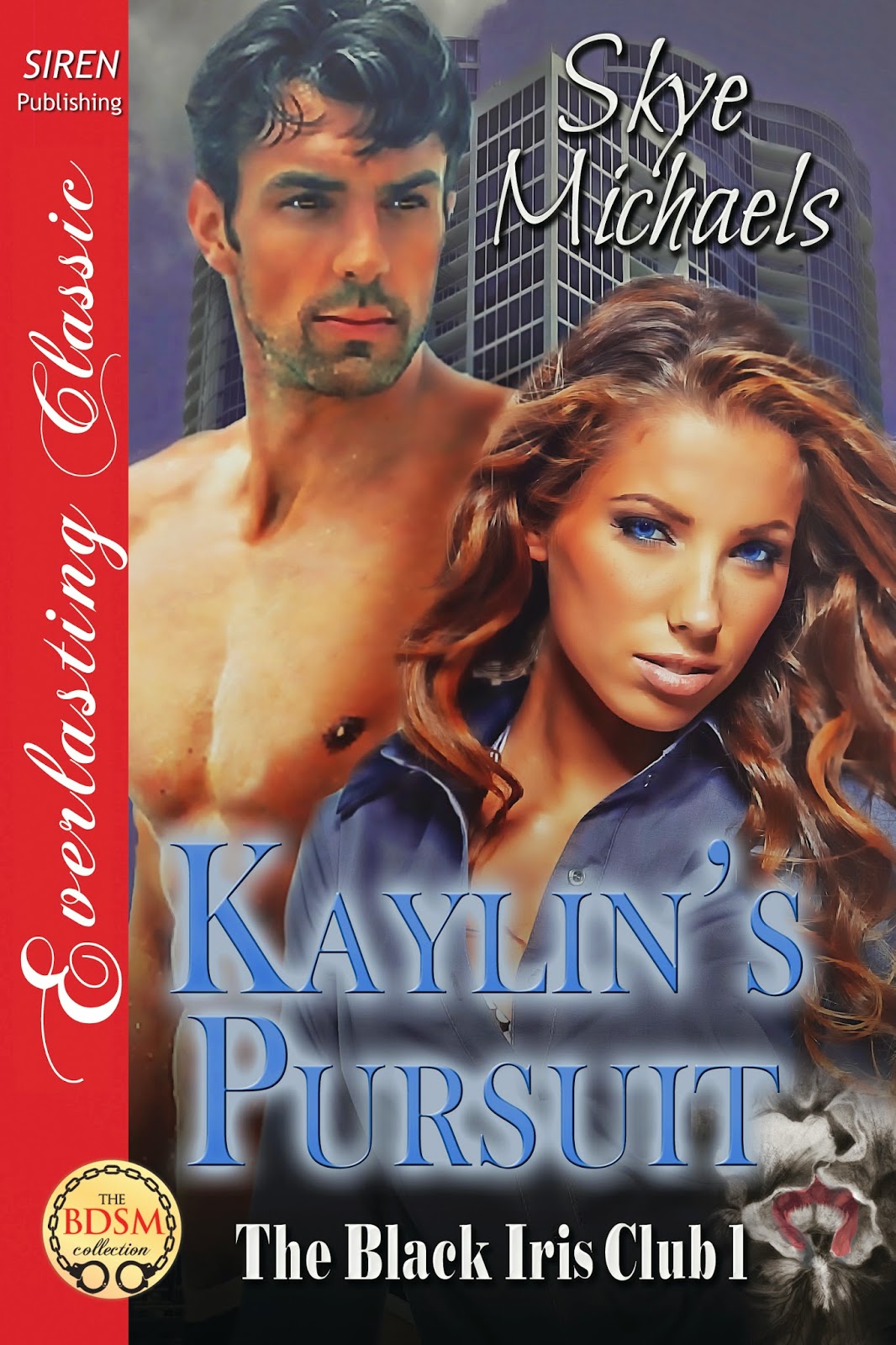 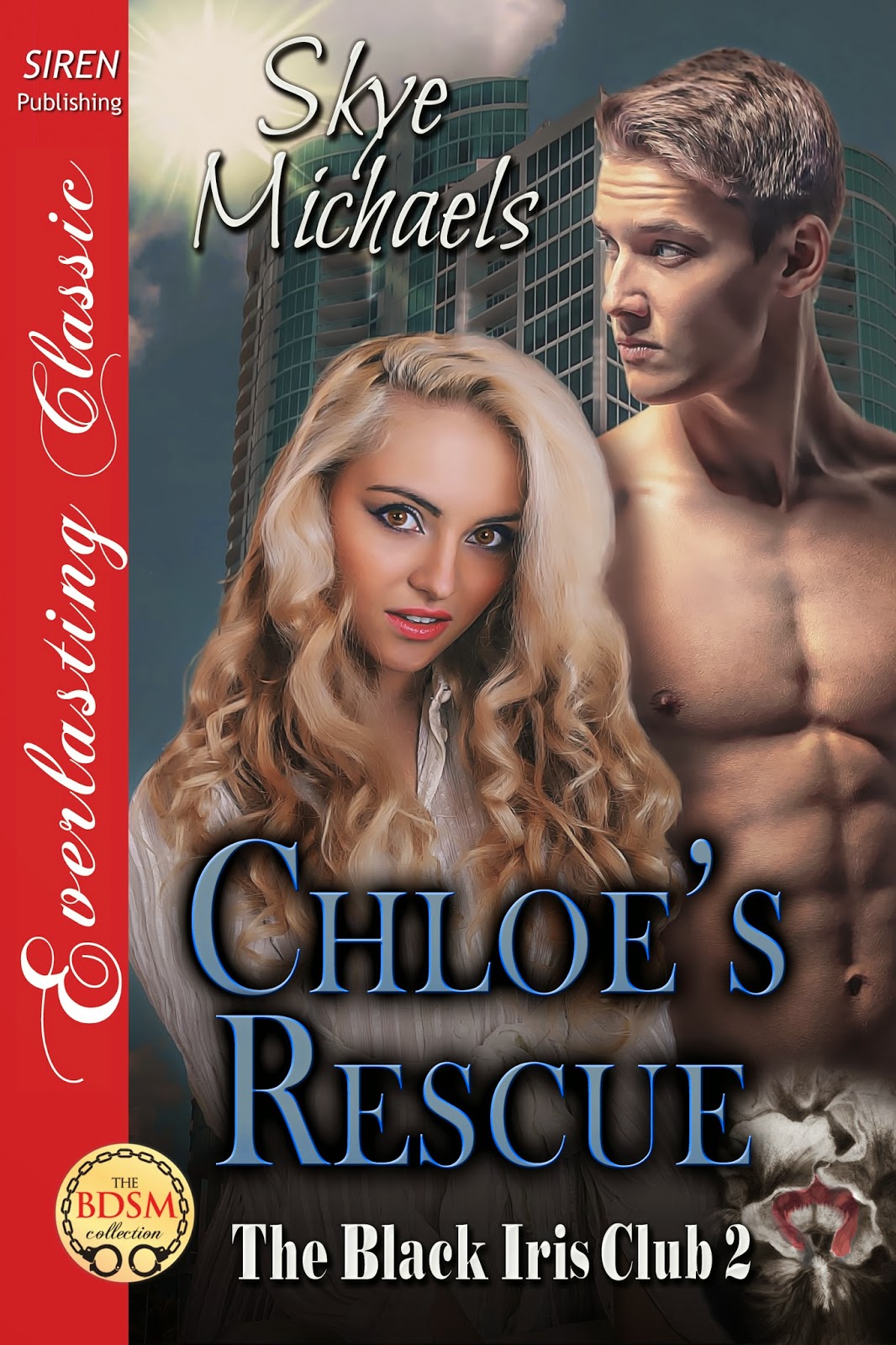 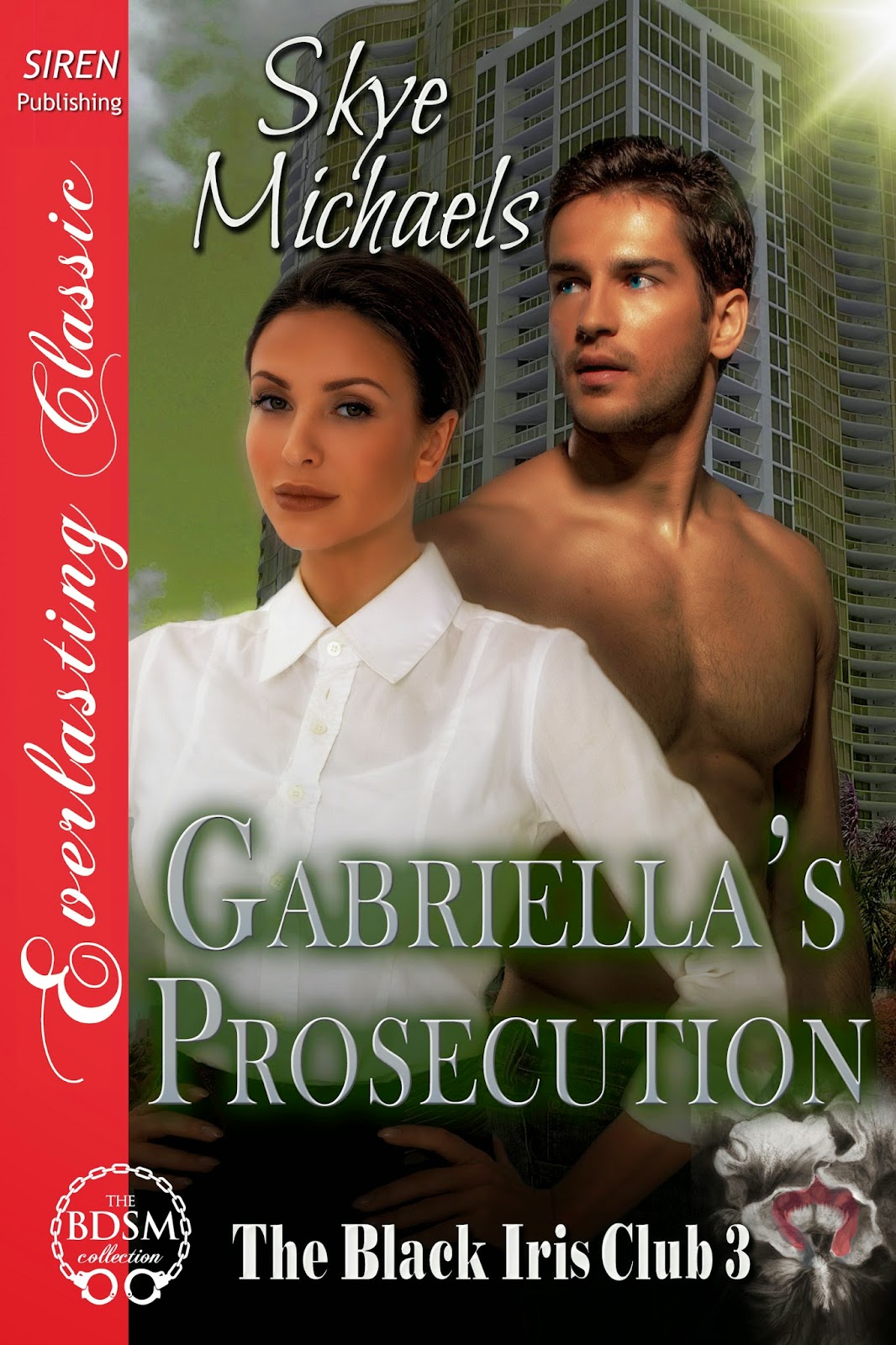 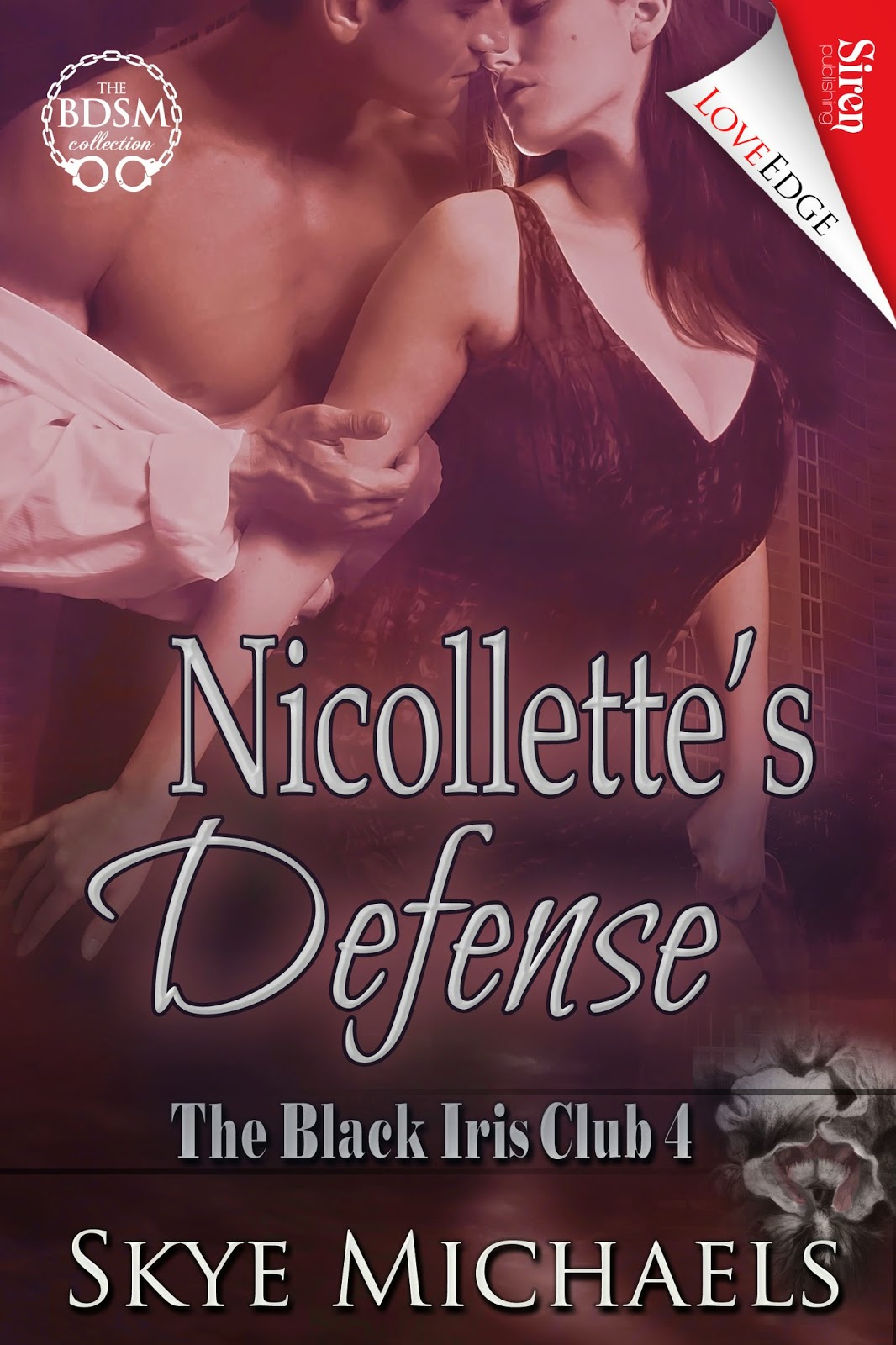 Other books by Skye Michaels available on Bookstrand.com, Amazon.com and BarnesandNoble.com:

Thanks so much to Skye Michaels for being my guest today.

Please join me again on Monday for the start of another week in Bella's World.  Until then have a great weekend and enjoy whatever you are reading and/or writing.