'Dallas at Midnight' is coming...

Hi there
Welcome to Bella’s World.  I’ve got a really busy week planned this week, as my new book, Ménage on Moone Mountain, has recently been released, so I am appearing on several blogs this week promoting that one, and I also have another book due out next week, which I would like to introduce you to here.  For more details about Ménage on Moone Mountain check out the following:

And here’s a little introduction to my next book, ‘Dallas at Midnight’:

I’m really pleased to announce that ‘Dallas at Midnight’ is due to be released on Tuesday 30th September.  This is another Cowboy Romance, this time a MF story about a would-be singer who is escaping her billionaire boyfriend.  Here’s a little more about it:

‘Dallas at Midnight’ by Bella Settarra 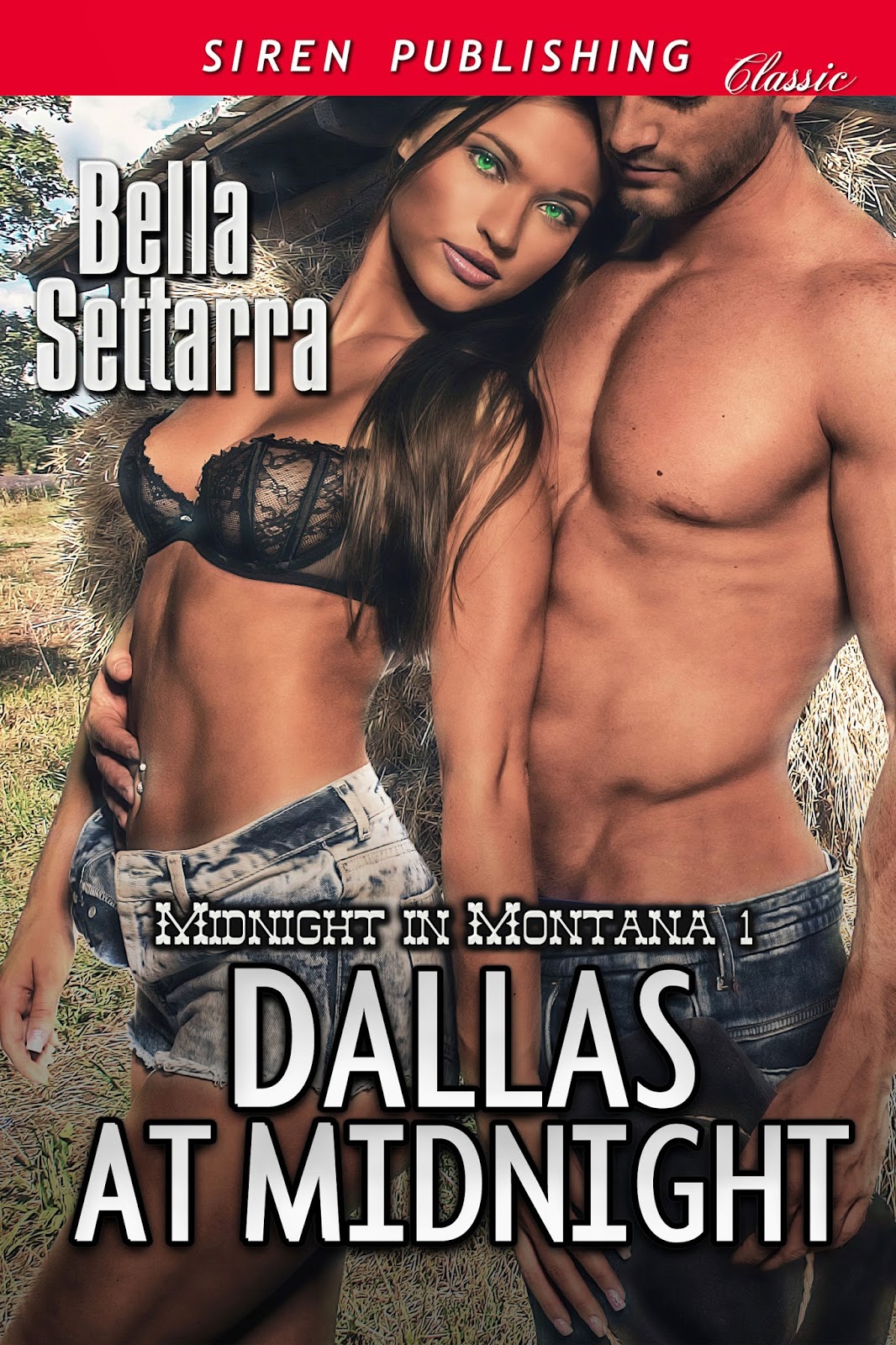 She could save his ranch – but can he save her life?

Escaping crooked millionaire, Ed Powell, Dallas Somerville finds herself sleeping rough in a barn in Midnight, Montana.  She falls in love with the owner, near-bankrupt rancher, Shane Patrick.   Shane’s sister-in-law comes up with a way for Dallas to save the ranch – but when Powell catches up with Dallas, Shane first has to save her life...

This is the first in a new series, ‘Midnight in Montana’ which is a series of stand-alone books centred around the fictional ‘Midnight County’.  The reason I wrote this book was that while I was writing my last Cowboy Romance, Ménage on Moone Mountain, a reader asked me to write a MF cowboy story.  As I already had the next in my ‘Men of Moone Mountain’ series planned as a MM story, (The Red-Light Wrangler), and had already started plotting the third in that series as a ménage, I thought it best to write Dallas’s story as a totally separate one.  Of course, once I had started planning the whole new location and some of the other characters who lived there, other stories started popping into my head and I realized that Midnight County was going to have to have its own series, too!
I would be interested to hear what readers think about this one, as I haven’t planned the rest of this series yet, and, although I’m contemplating making one of the books in the Midnight in Montana series a ménage, I was wondering if readers would prefer this series to be mainly MF stories.  The ménage relationship would be the exception in Midnight, whereas in Moone County it is accepted as the norm.  Please leave a comment and let me know what you prefer to read.
For more details on ‘Dallas at Midnight’ pop over to Jasmine Alexander’s blog today, link to follow, due to time differences.

Hope you have a great week.  Join me again on Wednesday when my guest will be the lovely Kelsie Belle.  Until then have fun and enjoy whatever you are reading and/or writing.