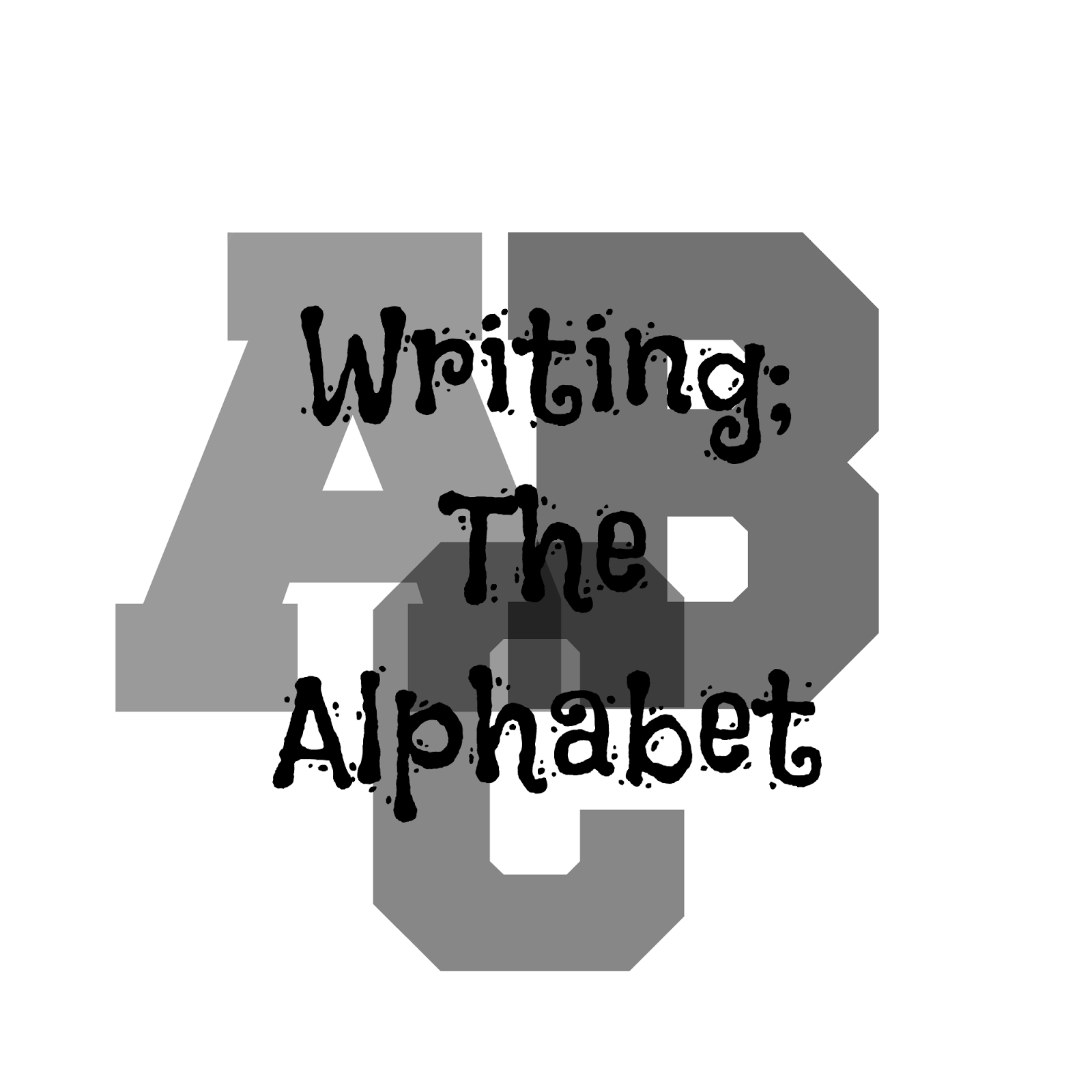 Is it erotica or romance? It falls in between. Some publishers say the majority of the story must be romance BUT it must have explicit sex scenes with no flowery euphemisms used to describe the genitals (see below).

Following on from the last item, ‘throbbing male member’ and ‘glistening female sheath’ just don’t cut it! The publishers (and, presumably the readers) expect you to use ‘cock’ and ‘pussy’ – frequently. However, it gets a bit repetitive to use just these so every now and then so the author throws in an occasional ‘member’ or ‘sheath’. Some authors refuse to use ‘dick’, ‘cunt’ or ‘fuck’ as being too coarse. I personally use them when the characters are being deliberately rude or vulgar or having a laugh at themselves. When I wrote my first gay story (Alien Manhunt), which had three men, I was overwhelmed with how often I then said ‘cock’. However, I got around this because two of them were aliens so I had one of them refer to his ‘manroot’ as it was the term used on his planet!

Some people would classify gay or ménage stories as a sub-genre. Just for reference:

MF means male/female. In other words one hero and one heroine. All my first six books were MF stories along with a few others, like the two ‘Retraining’ books.

MM means male/male and is a gay story.

FF means female/female and is a lesbian story.

MFM is a ménage story – male/female/male. This means neither of the men are sexually or romantically involved but they share the heroine. If the woman is lucky enough to have more men interested in her (if only!) then it could be MFMM or MFMMM and so on. ‘Torn Between Two Lovers’ being one of the ménage stories I have done.

MMF is another ménage story BUT the heroes are also romantically involved. ‘The Last Werewolf’ is one such story of mine.

MMM or FFF – you’ve guessed it are gay or lesbian ménage stories. ‘Alien Manhunt’ is my only purely gay book (and the sequel ‘Alien Manhunt 2’ comes out in November).

This is very important. I have sold over 25,000 books and half of those sales have been for ‘Submissive Training’. I do wonder how many people think they are getting a manual. Another one of my successful books is ‘Wife for Three’ – to paraphrase a British advert “It does what it says on the tin”. In other words you know it is going to be a ménage. Interestingly, the second in that series – which are sci-fis set on a planet called Duoterra – was called ‘Chasing Emily’ and it doesn’t sell much at all. Is it because of the title? Possibly.

Can be varied, but many readers seem to prefer novellas (approx. 20-35,000 words). There is a demand for stories that can be read even quicker so many publishers have a line of short stories (8-15,000 words). ‘Kink After Dinner’ falls in this category. However, writing a short story is a totally different kettle of fish to writing a longer story as you just don’t have the space to show the journey of their romance from meeting to getting to know one another to the final resolution. Instead it has to be a chapter in that journey.

This is a slight bone of contention. I am English and, apparently I use ‘British English’ as opposed to ‘American English’ as if English wasn’t my native language! As my publishers are American and Canadian I have to change my language and use American terminology, eg, ‘take out’ instead of ‘take away’ and I wasn’t allowed to use the word ‘scarper’ as it just isn’t known by the Americans. ‘She departed in haste’ didn’t have the same connotations… I ended up saying ‘She fled.’ HOWEVER, my newest publisher – Luminosity - who has published ‘Kink After Dinner’ is English so I had a field day putting the U in ‘colour’, or the S in ‘realise’. Hehehe.

Hero – must be tall, hunky, handsome and youngish - and have a good career. All the better if he is a CEO, billionaire or Prince. The reader likes to fantasize about falling in love all over again and they like to imagine it is with someone who has all of these qualities. So there is no point in having him short, bald, 60 and working down the sewer! I did have a laugh at this  in ‘Bounty Hunters’ Captive’ as I had one of the heroes talk about his first job being down the sewers….

Heroine – must be beautiful, have a fabulous figure and be youngish. As above, the reader puts themselves in the shoes of the heroine. Age is even more important. Although I have had readers comment how nice it is to read a story with an older heroine, my books that have mature heroines rarely sell well.

Heroes often have short names, eg, Sam, Matt, Ben, Alex, Greg, Luke, Nick, Tom, Curt, Trey (all of which I have used!). I have never used a name with more than two syllables. Why? This is partly because the heroes are generally dominant and a short name fits the personality better than a longer one like Marmaduke, or ending in a vowel sound as that makes it softer and less dominant, eg, Larry. However, I am running out of short names! LOL

Heroines can be more varied – but not old-fashioned. I saw one story that had a heroine called Ethel. I am sorry, but the name totally put me off. It made me think of my grandmother. I’ve gone for Brianna, Kat, Lissa, Natasha, Evie, Rebecca, Ann, amongst others. No particular reason other than those names fitted my characters.

Villains – ah, now, I personally use names of real life people I dislike for villain names. Brenda and Tracy to name but two…..

Well, I’ve talked about all the other details but what about the actual plot? There are a number of standard scenarios that are used frequently. One of the most popular (and as a reader myself, it is one of those I enjoy the most) is ‘Friends who fall in love’. My first six books were in this category.

Others include forced seduction, having sex with colleague, mistaken identity, blackmailed into sex, falling in love with difficult circumstances, a tortured soul, a hidden identity, exes who fall in love again, women wanting to discover more about herself sexually and others. 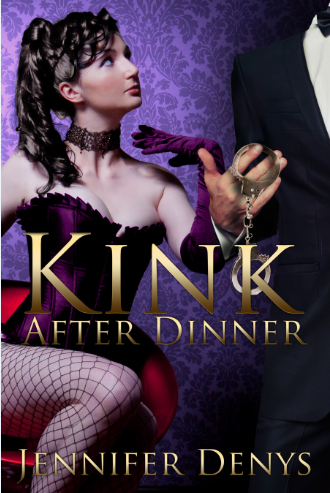 Kink After Dinner.
8pm. Usual place.
Wear the new purple basque – no knickers.
Expect some SERIOUS (!) paddling. No touching until then.
Master.

Beth hurriedly hides the note she has received so her family won’t see it.

Her daughter regards her parents as stuck in the mud. If only she knew! When Beth decided to throw off her inhibitions she was able to thoroughly enjoy her middle years, despite the usual body issues, including attending a BDSM event and starting a relationship with a Dom.
Putting on her purple bustier and high heels as ordered, and covering up with a coat, she leaves her husband engrossed in his carpentry workshop to walk to a neighbour’s house. This is the home of swinging couple, Alistair and Helen, with whom she’s had several encounters over the past year. And this begins a wonderful evening of kink—bondage, spanking, paddling, handcuffs, and orgasm denial.

Then her husband turns up.

If you want to read more about my books, further details of all of them can be found on my blog including many excerpts. http://jennifer-denys.blogspot.co.uk/

And all of them are available on Amazon US or Amazon UK amongst other distributors or even the publisher’s website, eg, Luminosity Publishing (the author actually gets to keep more of their royalties if you buy it directly from the publisher….)

Thanks so much for such a detailed account, Jennifer.  I'll be coming over to yours on Friday so get the kettle on, haha.  Do pop over to Jennifer's blog http://jennifer-denys.blogspot.co.uk/ on Friday where I will be talking about my latest release, 'Menage on Moone Mountain'.  Until then enjoy the rest of the week and have fun with whatever you are reading and/or writing.