He can dominate her body, but he can’t control her past... 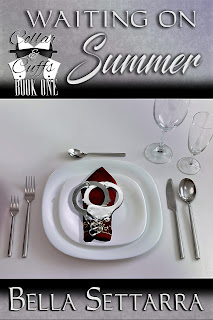 Summer Marsden hopes to have found safety and security working at the restaurant of Collar and Cuffs, a salubrious club in a Miami.

If she can just keep her head down and work hard, she will be able to cover the cost of her rent and bills, as well as put something toward the mounting debt accrued by her junkie ex-boyfriend.

Unexpectedly, she also finds love in the arms of Nathan Faulkener, one of the Doms who works at the club.
Nathan Faulkener falls for Summer as soon as he meets her, and goes on to help her out of a sticky work situation.

His affections for her continue to grow, and they begin a loving and steamy relationship in the dungeon of Collar and Cuffs.

He is sure she feels the same way about him, although his instincts tell him she is in some kind of trouble.
Trouble has a name, Colin Cromer, and he is in deep shit. Since his cash cow, namely Summer Marsden, escaped his clutches, he has been drowning in debt—and drug-dealers can be deadly debtors. His only option is to find Summer and make her pay – in more ways than one.

She craves the whip – but her heart won’t be beaten… 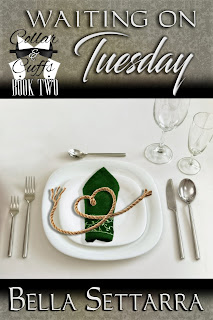 Tuesday O’Leary has a torrid past which she finally escaped as soon as she was old enough to flee Ireland. She loves her job at Collar and Cuffs, and especially enjoys playing with handsome Master Dan in the club’s dungeon after work.

She craves attention and uses bratty behavior to goad the Doms into giving her the beatings she craves.

Although she tries to hide her feelings, she is falling for Master Dan but is afraid to show her emotions – what could she offer him anyway?

Her safe haven becomes a living hell, however, when history repeats itself, her past catches up with her and her life is put in danger.  Can she escape this time – or is she finally beaten?

Dan Parker has gradually fallen in love with the feisty Irish girl. He is intrigued and concerned that she always craves a good beating but never stays around for the aftercare he longs to give her.
When a slip-up in the club’s admin enables a wannabe Dom to terrorize his girl he is furious and ashamed. He vows to help her heal, whether she likes it or not.

On taking the matter up with the boss, however, he realizes that something is very wrong in the club.

When Tuesday’s life is threatened will she call on Dan for help? And why has her brother suddenly turned up searching for her after all these years?

Collar & Cuffs Book 3
She’ll trust him with her body—but what about her heart? 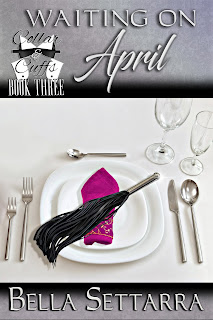 So when he discovers her with a black eye and bruises after missing a shift, he’s understandably horrified. He suspects her ex, who has been sniffing around her again, uninvited. And he has no intention of letting the man anywhere near his precious April.

April has always liked playing with Master Steve. She loves the affection and security she receives from him—not to mention the most incredible orgasms.

But even though she dreams of being with him, she’s not willing to risk her heart again. She fights to keep her feelings for him under wraps, clinging fiercely to her independence.

He’ll have to settle for her body, which she willingly offers him in the dungeon, but she’ll never give anyone her heart… will she?

He is an inexperienced Dom, she has an abusive past—what could possibly go wrong? 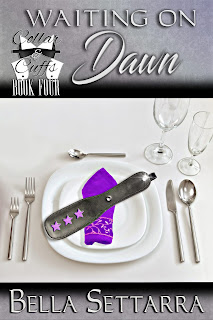 Dawn Deacon is instantly attracted to Brad Dexter, her billionaire boss’s son.Brad is similarly enamored by the classy beauty, though concerned when she suffers a panic attack shortly after their meeting.Her interests are history and architecture; his are making his Dad proud as a newly-qualified Dom working at the family’s elite BDSM club, Collar and Cuffs.Dawn is horrified to discover that the object of her affections is a Dominant. Can Brad convince her that he’s not a whip-wielding sadist? And is it too late when a trip to the club forces them both to face their worst nightmares?What has Dawn kept hidden about her past? And why didn’t Brad think to ask her?

Two men. One discarded her, one needs her—

whom will she choose? 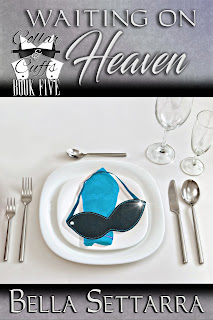 Over six years ago, Heaven Blake and Dominic Ray spent a wonderful evening together. Then tragedy struck—he lost his brother and she lost her chance of happiness.So when the handsome and enigmatic Trey Fisher walks into her life with his successful business and winning smile, there is no reason why Heaven shouldn’t fall in love with him, is there?Dominic Ray knows he blew his chances with Heaven years ago, and, regrettably, has never found the right time to give their relationship a second try. He's spent years berating himself over it.However, when he overhears that she’s serious about her latest boyfriend—whom he’s never even heard of—his suspicions are aroused. Even Det Sgt Steve Ratner has difficulty finding out much about the mysterious stranger.When Heaven discovers that Dominic has asked the cops to check out her boyfriend, she’s furious and hurt. Then Trey proposes… 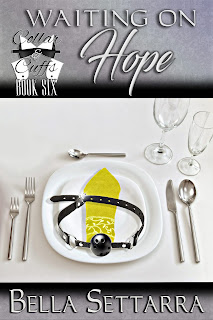 Esteban Venegas has big ideas and even bigger secrets. When he suddenly arrives home unannounced to find his sub with another man he realizes it’s time to escalate his plans—whether she likes it or not.Padraic O’Leary falls for his sister’s friend Hope, but knows she’s off-limits. He keeps his distance out of respect for her Dom—until he meets him and immediately loses that respect.Hope Kennedy has enjoyed a high protocol relationship with Master Esteban for over seven years. However, when he returns from yet another long business trip he acts differently, making her doubt their future together—especially when he reveals his intention to collar her as his slave and leave the area with her.When Esteban’s business is exposed, Hope is put in grave danger. Padraic rushes to save her. Will she live long enough for Padraic to declare his feelings? And would she want a vanilla guy anyway?
COMING SOON
Details to follow

Waiting on The Dom 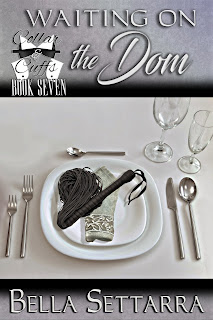