The Cowboys of Cavern County

Please note that this series can be read as standalone novels if preferred.

She can hide her secrets, but not her heart… 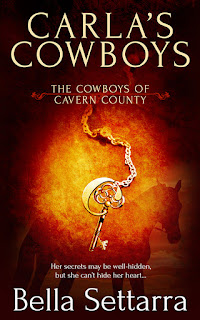 While on the run from Jerome Pearson, her dangerous boyfriend, Carla Burchfield falls in love with hunky twin cowboys, Matt and Dyson Shearer.

When Pearson turns up in town Carla’s first instinct is to flee. Reluctantly leaving the guys, she makes her escape, only to be met with an accident en route.

Local rancher, Aiden Fielding finds her and takes her back to his palatial spread, where he calls the doctor and the sheriff’s office. To Carla’s horror, she discovers that the local Deputy Sheriff is, in fact, Dyson Shearer.

Feeling upset and betrayed she flees the ranch, taking with her a broken heart and a head full of secrets the guys would never believe.

When Pearson catches up with her, so does her past.

Can she ever convince her cowboys that her reasons for hiding the stolen cash from a shop-raid are actually honorable?

And can they persuade her to stay with them even though the affluent Aiden Fielding appears to have so much more to offer her? 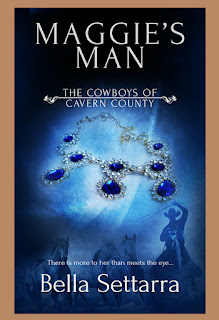 Maggie Welch lives in a crummy apartment while working in a run-down café in Bracken Ridge, Cavern County.

Her days have recently been brightened by the handsome cowboy who has started to frequent her workplace. Unfortunately, Aiden Fielding, the wealthy rancher, can’t be anything more than a friend, though, as her demise in social standing has robbed her of the confidence and money she once had.

Aiden Fielding is smitten with Maggie and enjoys her company at the café, which has recently become his regular haunt. When he finally plucks up the courage to ask her out, they have a wonderful evening, and he is impressed that, despite her current job, she is clearly much more socially adept than he had imagined.

He suspects there is more to Maggie Welch than meets the eye. A crass remark, however, seems to ruin their chances of a future together and he ends up being thrown out of her apartment.  A later attempt to help Maggie ends in disaster when she is humiliated in front of his family and dinner-party guests.

Just when things had seemed to be looking up for Maggie, it has all come crashing down again. She realizes that Aiden doesn’t see her in the way she had hoped, and when she finds him entertaining her ex-fiancé, Robert Rossington, she feels that he is certainly not the gentleman she had perceived. 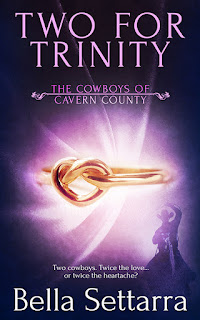 Having arrived in Cavern County to stay with her aunt and uncle, Trinity Ellis is shocked to find that two handsome cowboys have been helping the elderly couple. Knowing how wealthy her relatives are, she is suspicious of them and annoyed that they have undertaken chores she should have done.

Jarrod Parker and Cordell Bray are happy to help their neighbors, whom they regard as family since losing their own. Jarrod was orphaned not long ago, while Cordell’s brothers and sister turned against him and their mother after their father’s death. They are both instantly smitten with the pink-haired beauty, although her Uncle Frank has warned them to tread carefully around her. It appears that not only has she just lost her home in a gas explosion, but she’d lost her mother a couple of years ago, a trauma she has never really recovered from.

Despite her best efforts, Trinity falls for the guys, who support her in her quest to uncover the secrets her boyfriend had kept so well hidden. He died in the explosion, but their love had died long before that and she’s about to discover why.

They all help each other to heal while learning the true meaning of family. She learns to trust again, realizing that she loves them in a way she’d never felt about her boyfriend.

But the cowboys are not as they appear—and who is the other woman in their arms? 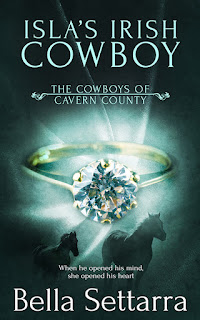 Isla Gillingham is a beautiful, successful model, so she’s bound to be a spoiled, selfish diva, right? At least that’s what Kean Maguire presumes until he meets her. His impression changes in a heartbeat when he sees her dressed casually, eating fries, smiling and giggling.
Not one for socializing, Kean is secretly happy to volunteer to take Isla and the photographer into the mountains for a photo shoot until Isla’s manager, Tabitha Merchant, warns him that there is a powerful legal team ready to pounce the minute he slips up. A court battle will not only lose him his job, but also result in the closure of the Fielding Ranch.
Isla is immediately taken with the Irish cowboy and thrilled when he leads their trek into the mountains. His demeanor is anything but friendly, however, and even worse when an accident occurs on a narrow ledge.
Reluctantly, she allows Kean to offer her shelter at his cottage when the weather deteriorates. Given the chance to learn more about each other, can she persuade him that she is not the calculating bitch he assumes? And, is his heart really as cold as the ice outside or will it melt with the driven snow?
As Isla admits that her life isn’t quite as happy as it seems, Kean must disclose his unsavory past, despite knowing it could completely turn her against him. But their lives change entirely when they discover they are not the only ones keeping secrets. 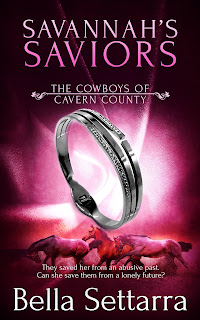 They saved her from an abusive past. Can she save them from a lonely future?
Thrown out of her marital home on cold, stormy night, Savannah Edgerton has no choice but to keep walking. She is eventually found by Tom Rankin and Greg Jackson, who nearly run her over on a lonely back road in the dark.
The guys take her back to where they are staying and look after her. Their suspicions are aroused by the bruises and blisters she is covered in, despite her story about being out looking for her dog while her husband is away working.
As the truth unravels about Savannah’s situation, feelings between the three of them grow. Her violent past seems set to ruin her chances of a happy future, however, especially when she discovers that Tom has a criminal record for attacking someone—and that’s not the only secret the two guys are hiding.


Can Savannah ever learn to trust again—and if she can, is her faith in the handsome cowboys justified?