'SACRIFICES OF THE SIREN' LAUNCHES TODAY!

I’m really pleased to announce the launch of my latest novel, Sacrifices of the Siren, which is the sixth
and final book in the serial. This is especially exciting for me as Sirens and Sailors is my first completed
series – not bad going considering the whole thing began as an intended short story!
If you have enjoyed the series I sincerely hope that you will continue to read my future works – I’ve got
a couple of cowboy romances on the way, one MF and the other MMF. If you didn’t feel that sensual
Sirens and sexy Sailors were your thing, I hope you will check out my other work anyway – hopefully you
will find something which suits your taste.

GIVEAWAY!!!
Leave a comment below saying which was your favourite book of the series so far and win a digital version of any one of the six books! (Ends midnight Sunday 27th July BST)

Here’s the info on ‘Sacrifices of the Siren’. 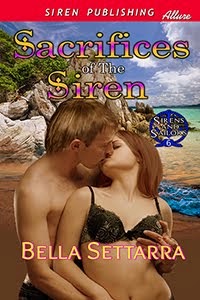 Just when Melantho is beginning to really enjoy life on the island with her beloved sailor, Blandon, she is visited by the evil elder Hermandine. The old lady manages to blackmail Melantho into leaving Refrainia to live a life of drudgery as her servant on the mainland. When Hermandine and Solon mistreat and abuse the poor girl to the extent that she has becomes ill, Blandon and Dr. Jay discover the secret she has been hiding for the past three years. As Melantho battles with her health and her miserable past, Blandon showers her with love and strength. Eventually it seems that she can face her future by resolving the past, but when Hermandine reveals an ancient law of Refrainia Melantho has to decide whether to sacrifice her past once again, or forgo her future on the island with Blandon.

This title is offered at a 10% discount. Offer ends midnight CST, July 30th.


AUTHOR Bio
Bella’s love of writing started at a very young age.  While at Junior School, she was once asked to write a story that was to be displayed on the window due to lack of wall space (remember Portakabins?)  Unfortunately, once she gets going she tends to run with an idea right up until the conclusion – and it has to have a happy ending!  The story was so long it covered several windows and caused a blackout in the tiny classroom!
She is British and lives in the beautiful English countryside with one of her three gorgeous daughters and her wonderful husband, often referred to as her “current husband” just to keep him on his toes!  They live in a big haunted house therefore Bella’s housework is never done as the ghost keeps moving things around - the bedroom isn’t the only place where things go bump in the night ;)
Open top cars and country music are among Bella’s favourite things and her fondness for shopping is only surpassed by her love of Châteauneuf-du-pape.

Bella would love to hear from her readers.  Connect with her at:
bellasettarrabooks.blogspot.co.uk
bellasettarra@gmail.com
www.facebook.co.uk/Bella.Settarra 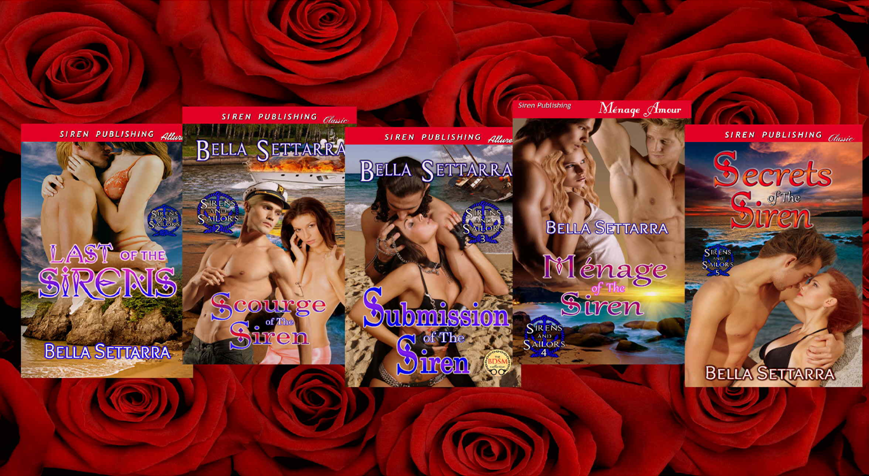